Get to know the passionate people who help The Community Bots 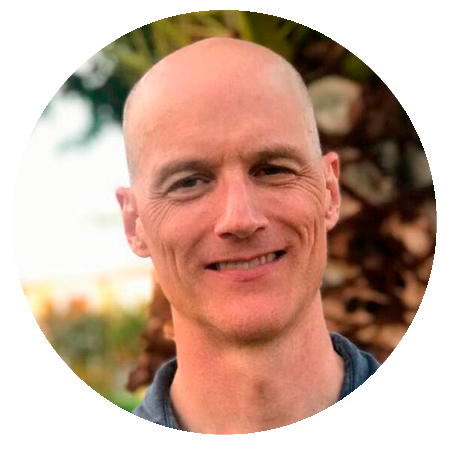 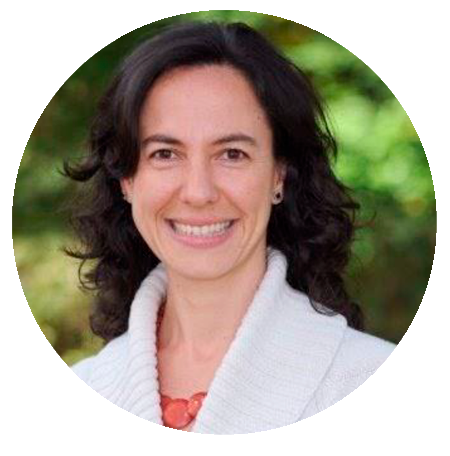 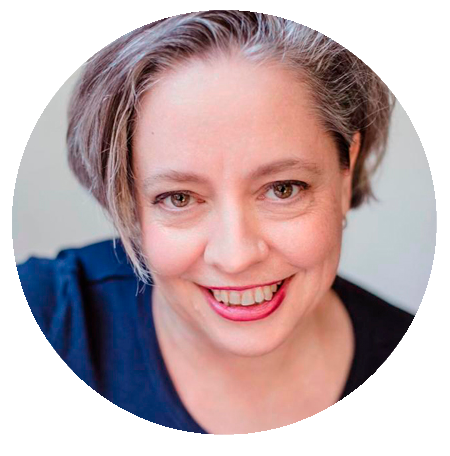 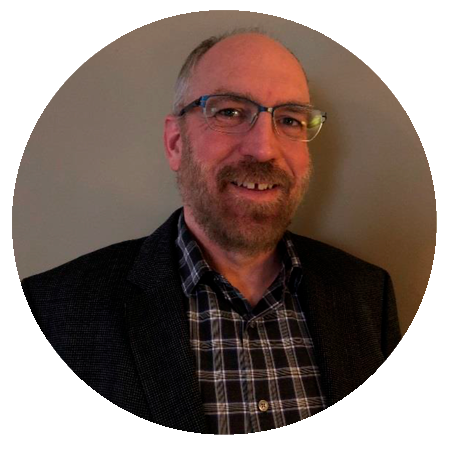 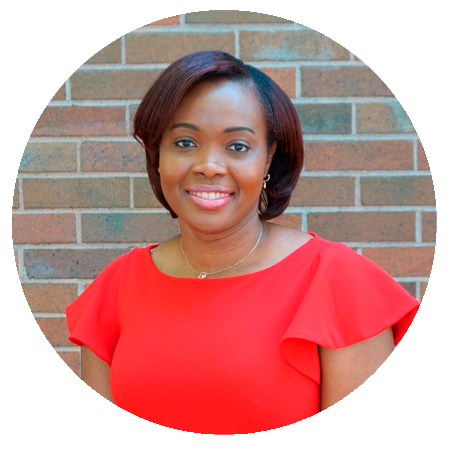 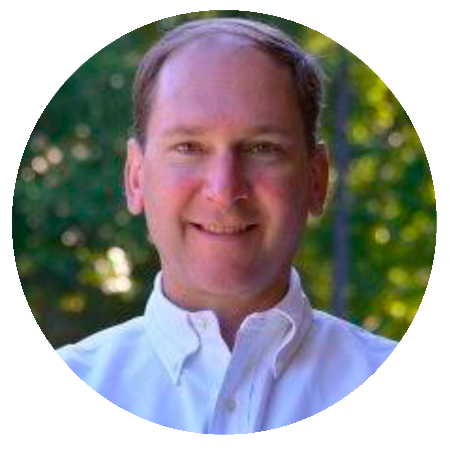 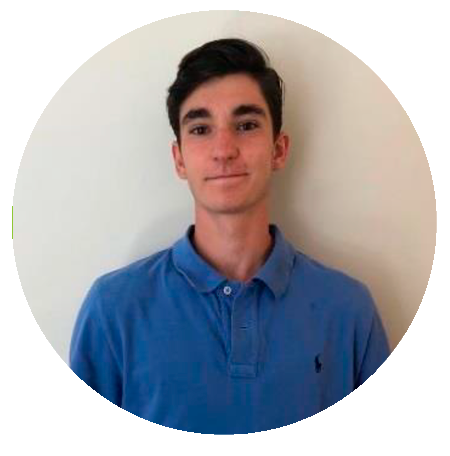 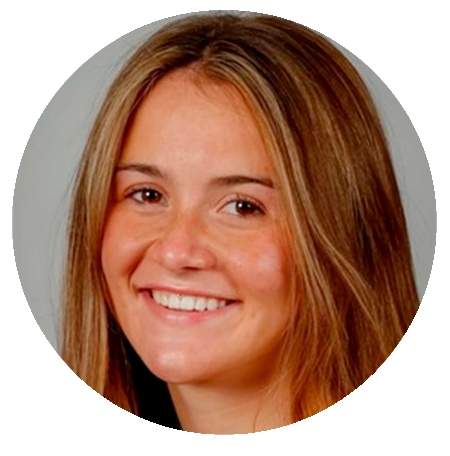 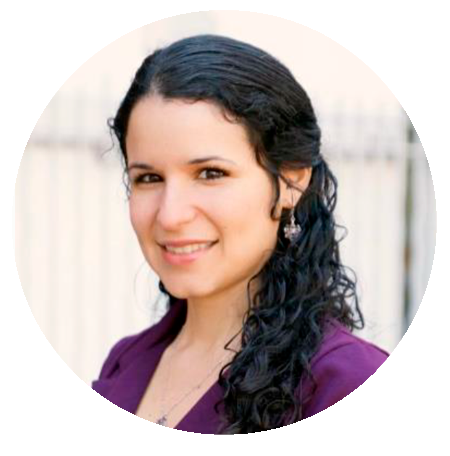 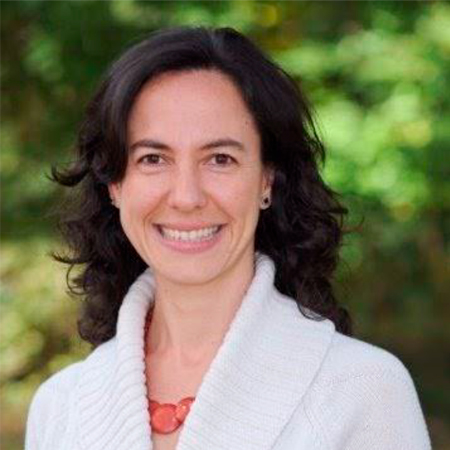 Ana, co-founder of The Community Bots, is a Spanish Language Teacher and Early Childhood Educator with a Master’s degree in Literacy (B-6) with a background in technology, and over 20 years of experience in the educational field. Spanish native speaker, fluent in English, and working knowledge of Italian. Proficiency with technology, as well as development, maintenance, and support for the construction of websites. Her passion for global education, social justice, and traveling have led her to the path of teaching robotics to young women through methodologies that incorporate creativity, innovation, and fun challenges. 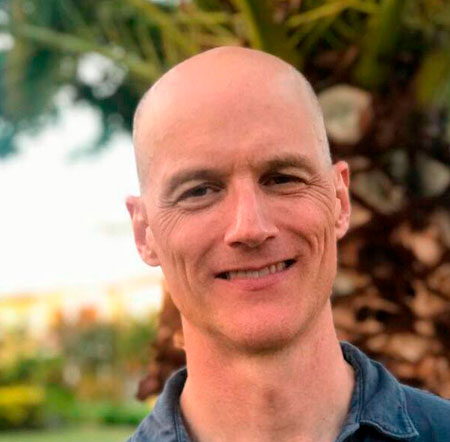 Jack, co-founder of The Community Bots, is an experienced middle school teacher. Formerly, Jack established the middle school robotics program, The Bots, at The Chapin School, an all-girls, K-12, independent school in New York City. Under his leadership, Chapin’s FLL teams earned numerous awards at competitions, such as the coveted Champion’s Award at the New York City FLL Championship, and have gone on to compete against teams from around the world. Jack is currently the head of the science program at The Allen-Stevenson School in New York City.

Jack is committed to global citizenship and social justice. Creating a culture around these values resonates deeply with his educational philosophy to provide students with the tools to better engage in a complex world and to feel like they can make a difference. Having worked with mainstream students and those with learning differences, both at the middle and high school level, Jack has found that a multi-modality, skills-based approach is the most effective way to reach all kinds of young learners. His experience as a world traveler, both formerly and more recently with The Community Bots, has enabled him to tap into all kinds of communities and students from around the globe who are eager to negotiate challenges in creative and innovative ways.

Jack holds a BA in Psychobiology from Bowdoin College, a MS in Nutrition from the School of Public Health and Health Sciences at the University of Massachusetts, Amherst. He earned his teaching degree from Teachers College at Columbia University. 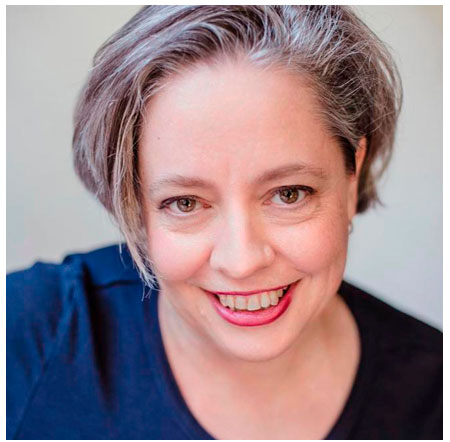 Victoria grew up in three different countries and has taught world languages in elementary school (Spanish & French) and science for over thirty years in NYC. She received her doctorate from Teachers College in educational leadership. She is a frequent presenter on authentic resources and IPA design. For ten years, she was also curriculum specialist and professional development leader for Global Language Project (GLP). Dr. Gilbert has taught FLES methodology classes and served as lead instructor in NYU’s and GLP’s StarTalk program for teachers. She is currently the Chair of the Modern Language Department at Saint David’s School.

In 1999, Tori founded the nonprofit, East River Community Recreation and Education on the Water (C.R.E.W.), whose mission is to cultivate stewardship of the estuary environment through participation in its rowing and educational activities. Tori has always been a proponent of making science accessible through integrated and experiential learning and supports the mission of The Community Bots to make STEM learning capture the imaginations of young women 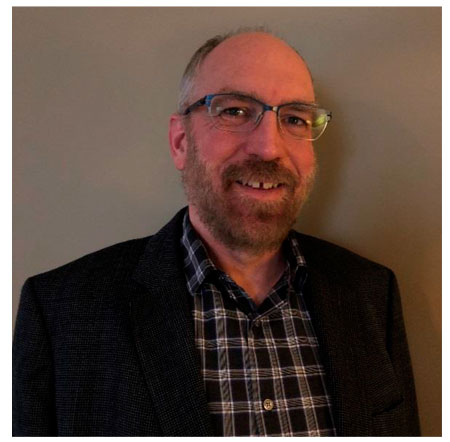 Bob Hall is health researcher and data scientist who works at the VA Boston Healthcare System. He is the Associate Director of Program Development at CSP Boston Informatics organization that is working to expand big data accessibility for predictive analytics research in oncology and other healthcare disciplines. Bob received a Master of Science from the University of Massachusetts Amherst in Epidemiology and has developed a career in population research, health surveys, medical writing, healthcare informatics, and precision oncology. Bob has been guiding The Community Bots with data collection and analysis based on the student and teacher surveys. Bob also works as a docent at the Institute of Contemporary Arts in Boston educating public audiences on contemporary arts and ideas.

Bob Hall guides The Community Bots with data collection and analysis based on the student and teacher surveys. He is a health researcher and data scientist who works at the VA Boston Healthcare System. He is the Program Development Manager for the CSP Boston Informatics organization in Boston that is working to expand big data accessibility for predictive analytics research. Bob has a background in epidemiology and has developed a career in population research, analytics programming, health surveys, medical writing, healthcare informatics, and precision oncology. Bob also works as a docent at the Institute of Contemporary Arts in Boston educating public audiences on contemporary arts and ideas. 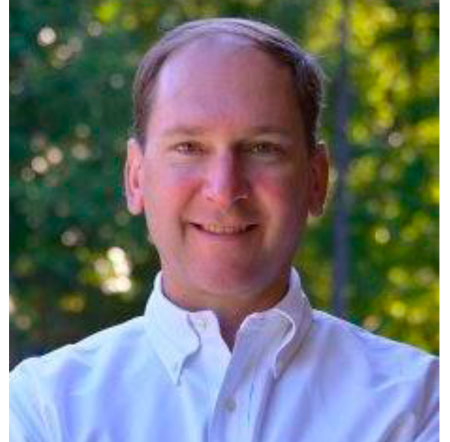 Kinsley Energy Systems, offers prime power, combined heat and power applications from 250kW to 20MW. The Kinsley holding company currently has agreements for solar operations and maintenance and has an emerging energy storage/micro grid business model as well as other energy technology options. The Kinsley Group also co-owns a national service company, Ultimate Service Associates, and David serves on its Board of Directors.

David has served on the Board of the Connecticut Power and Energy Society and most recently as the Board Chair for Capitol Squash, an urban squash program in Hartford. He has also been the past Chapter Chair for the Connecticut River Valley Young Presidents Organization (YPO) chapter. He received his B.A. from Dartmouth College in 1990. 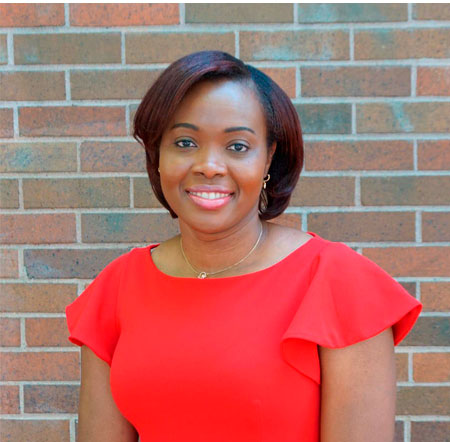 Vivienne is an award-winning educator in the 2020 CSTA Teaching Excellence Awards. She is the incoming Director of Technology at The Chapin School, an all-girls, K-12, independent school in New York City. Since joining Chapin in 2018, Vivienne serves as the head of upper school academic technology and upper school computer science teacher, where she revolutionized the upper school’s technology curriculum, launching new courses and collaborative programs across divisions. She also serves as the co-coordinator of the upper school FIRST Robotics Competition (FRC) team. Vivienne previously spent nine years with the District of Columbia Public Charter School system, serving in various STEM Leadership and computer science teaching positions. She also worked as a computer instructor with the National Training Agency in Jamaica.

Vivienne earned a Bachelor’s degree in Education with a major in Computing and Accounting at the University of Technology, Jamaica. She received her Masters’ degree in MIS and a Ph.D. in Information Systems from Nova Southeastern University

(NSU). Vivienne currently serves as a Board Advisor to the STEM Builders Learning Hub, Jamaica. She strongly believes in lifelong learning, is committed to cultivating transformative competencies for students in STEM, and is invested in closing the gender gap in STEM Education. 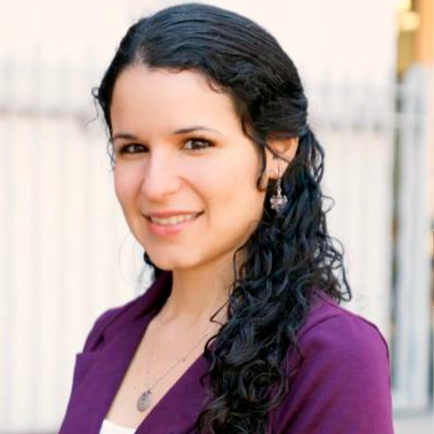 Sherezada is an experienced robotics coach and science teacher. Her love of science led her to pursue a bachelor’s degree in Environmental Science and Public Policy at Harvard University. She then completed her teaching credentials to share that love of science with younger generations and encourage underrepresented groups to pursue science careers. STEM has always been at the forefront of her curriculum. She is the founder and coach of the Robotics Club at LREI. The team has received numerous awards, including representing the USA at a world championship in Japan.

Sherezada has also led robotics workshops for non-profit organizations. She facilitated educator and student robotics workshops in the Middle East through the SEED Foundation, and most recently, she joined Community Bots to teach Lego robotics to Roma girls in Spain. Sherezada is excited to be part of The Community Bots team, helping empower girls to love science and technology. 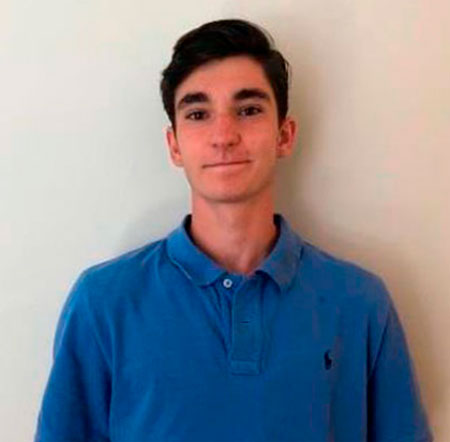 Nicolás is a rising Junior at Friends Academy in Long Island. Prior to Friends Academy, Nico attended The Allen-Stevenson School in New York City before completing 8th grade at the American School of Madrid, Spain.

Nico is a member of the Diversity Student Committee, the Admissions Club and the Stock and Finance Club and participates in a number of community service projects and volunteer activities. At school, Nico enjoys History and Social Studies, Math and languages. He is fluent in English and Spanish and is proficient in French. Nico is a nationally ranked tennis player and a member of the National Society of High School Scholars 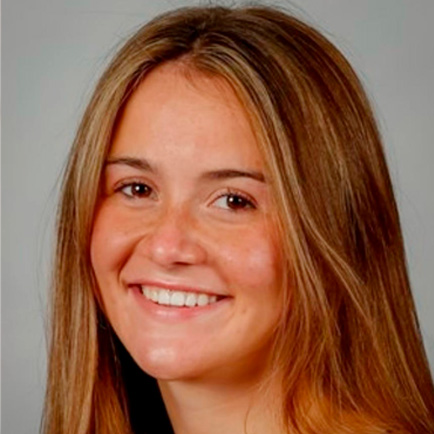 Kate is a junior at the St Paul’s School in Concord, New Hampshire. Although originally from London, England, Kate currently lives in Toronto, Canada. She is the captain of the St. Paul’s School First Robotics Team as well as the head of the Girls Advancing in STEM Club. Kate also participates in the coding and engineering club and tutors students at her school in computer science courses. She loves her math, biology and computer science classes as well as being a member of the track and cross country teams. 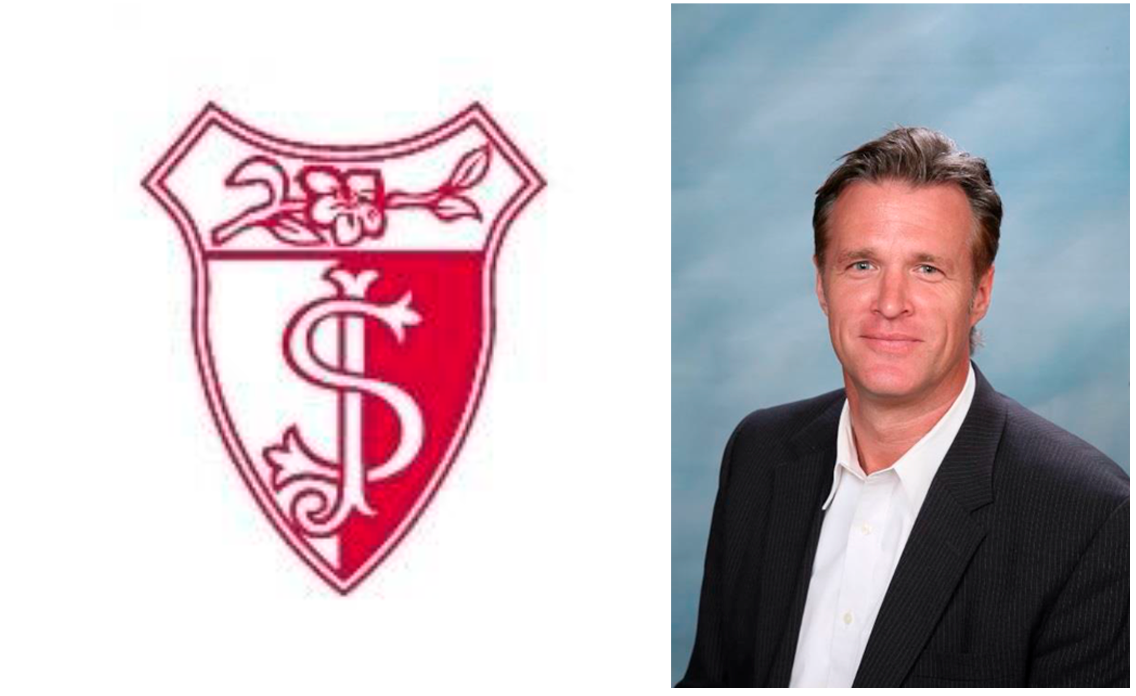 St. Joseph’s Academy, an all-girls school in Baton Rouge, Louisiana. The school, through the leadership of John Richardson, Co-Director of Technology, has donated refurbished laptops to NicaPhoto, Politecnico Fundacion MIR (School for Girls), and Students of Granada. Moreover, John and his colleagues joined The Community Bots at NicaPhoto in Nicaragua to deliver donated laptops and to help develop NicaPhoto’s computer lab. We are deeply appreciative of St. Joseph’s Academy’s ongoing generosity and support.

Our official translators of our curriculum materials into Spanish. We are deeply appreciative of their generous support. For more information about each organization, please click on their logos below. 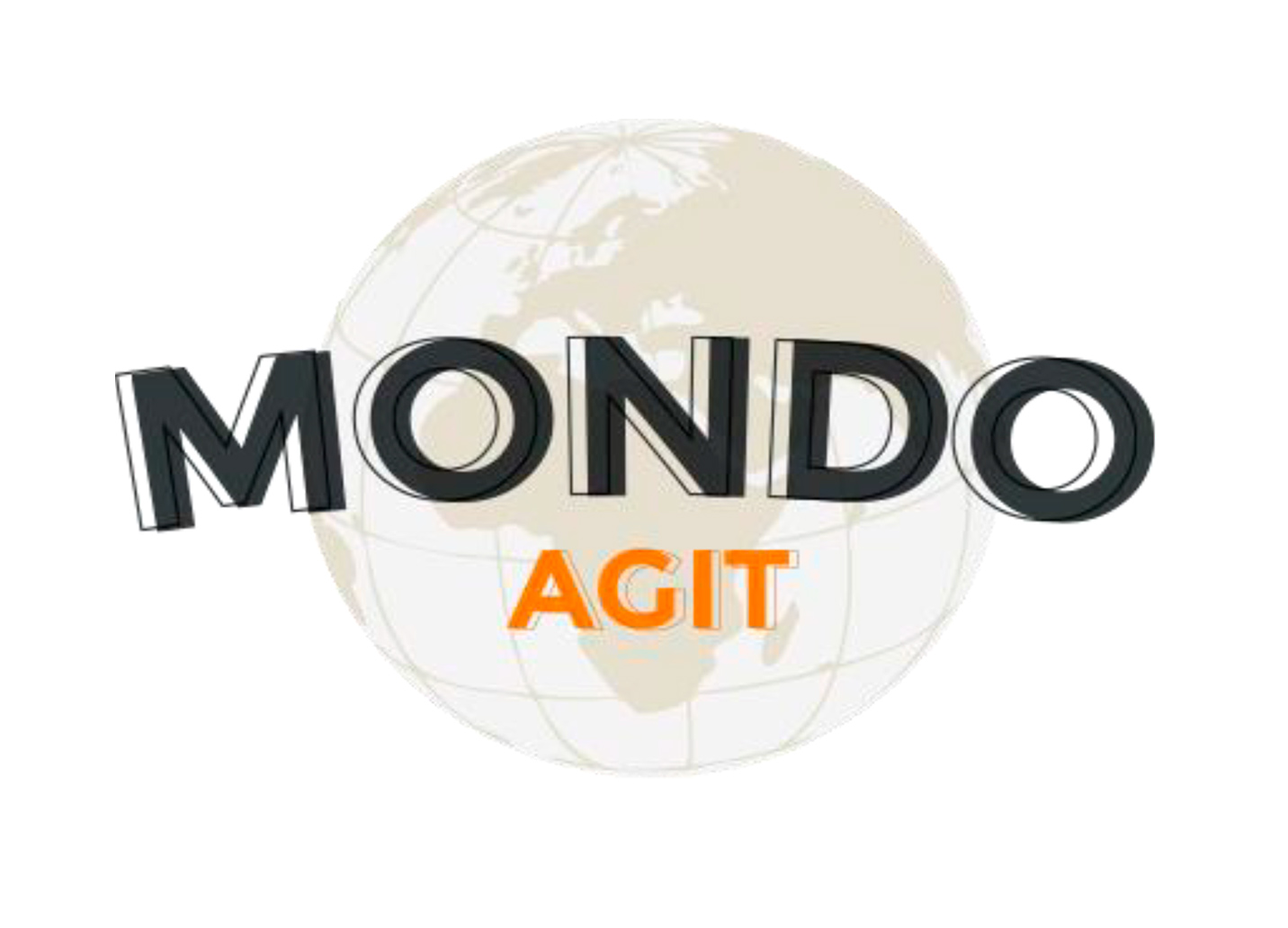 Our official translators of our curriculum materials into Spanish. We are deeply appreciative of their generous support. For more information about each organization, please click on their logos below. 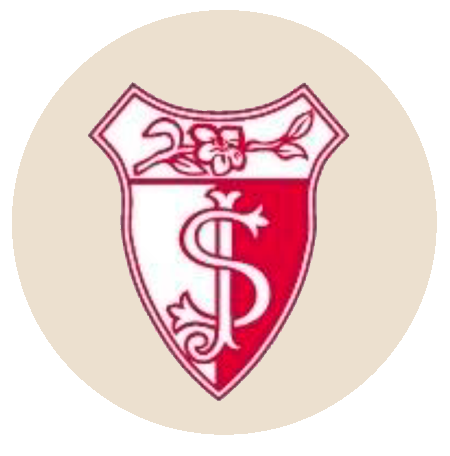 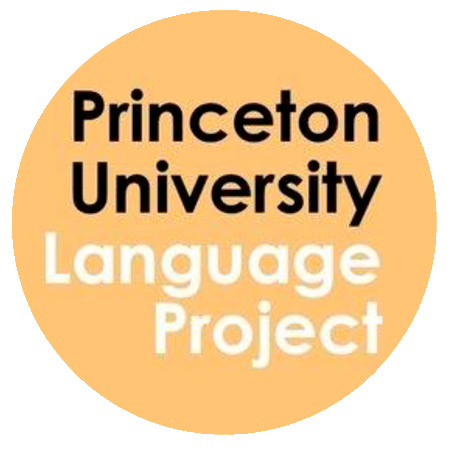 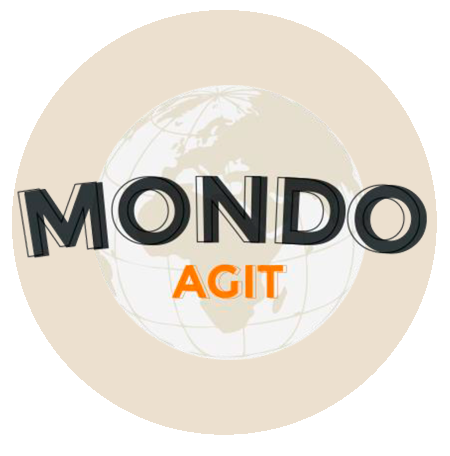