01/17/2021
https://larrycuban.wordpress.com/ There is hardly any work we can do or any expenditures we can make that will yield so large a return to our industries as would come from the establishment of educational institutions which would give us skilled hands and trained minds for the conduct of our industries and our commerce. Theodore Search, National Association […]

There is hardly any work we can do or any expenditures we can make that will yield so large a return to our industries as would come from the establishment of educational institutions which would give us skilled hands and trained minds for the conduct of our industries and our commerce. Theodore Search, National Association of Manufacturers, 1898

Coding should be a requirement in every public school…. We have a huge deficit in the skills that we need today versus the skills that are there. Tim Cook, CEO Apple speaking to President Donald Trump at White House, 2017

Public schools have experienced two spasms of vocationally-driven reform. One created the  “old vocational education” in the early 20th century endorsed by the National Association of Manufacturers (see above quote) and now the “new vocational education” a century later, endorsed by high-tech CEOs spreading the gospel for teaching children to learn to code and take computer science courses. Then and now, policymakers saw an intimate connection between a strong economy and strong schools. And that is why Theodore Search and Tim Cook could easily have sat down and had a cold beer together.

And were I to join Search and Cook in drinking beers, I would ask each: what is the purpose of having taxpayers with or without children pay to have public schools? Their answer, given the above quotes, would be: prepare children and youth with the knowledge and skills necessary to gain successful entry to the labor force in an ever-changing economy. Fine, I would say, but there have been and continue to be other important purposes driving legislators to tax property and income to fund schools and make attendance compulsory.

Consider these equally as important aims for tax-supported public schools: Schooling children to be proud, fully-rounded citizens who give back to their communities. Reinforcing community values and strengthening individual character. Helping students fulfill their individual potential (see here, here, and here).

Beginning in 1917, the federal government appropriated monies for states to spend on vocational training for industrial and commercial jobs. This support made the NAM version of vocational education dominant in public schools for three-quarters of a century. Since the 1980s, however, vocational education has largely disappeared as a formal choice in the curriculum. Career and technical academies and scattered high school courses do pinch-hit and offer some choice to those students uneager to spend four additional years sitting in college classrooms (see here and here).ADVERTISEMEN

With the morphing of the “old” vocational education into career and technical education, a shiny new vocationalism is being highly touted for all U.S. students. Yes, I refer to the shrill cries for more computer science in the curriculum and the teaching of coding to children and youth (see here and here).

You do not need a Ph.D. to figure out that the past thirty-plus years (I use A Nation at Risk report in 1983 as a benchmark) have forged strong links between the economy and public schooling. The primary purpose for K-12 schools in recent decades has been crisply defined as preparing each child for college and career. Completing college, of course, is basically geared to getting decent paying jobs. So becoming college-ready means that higher education is really a vocational school and a ticket to a decent paying job. Advocates for coding and requiring computer science as a subject seek to expand the K-12 curriculum (or replace other content and skills) by adding a C to the three Rs.*

Today, high tech entrepreneurs and CEOs lament the need to outsource coding to other countries and import software engineers from India and elsewhere (but do it nonetheless on special visas) pointing to the lack of U.S. graduates skilled in programming, systems analysis, and computer support. The growth rate in such jobs will continue to escalate by 2020. The U.S. Bureau of Labor Statistics estimates that computer and information technology jobs will grow by a half-million from 3.9 million in 2016 to 4.4 million in 2020.

Coding for all U.S. students to prepare for jobs that represents less than three percent of the workforce?

The strong smell of Silicon Valley self-interest accompanies these proposals to improve schooling. Behind Code.org and other advocacy groups are the thick wallets of donors and technology companies carrying iconic names. In pushing state and local education officials to require computer science for high school graduation, classify the subject as a fourth “science” in the secondary curriculum, substitute for a foreign language requirement, and have five year-olds learn to code wafts the scent of companies seeking graduates who can enter the computer and information workforce, a minute fraction of the entire U.S. workforce (see here).

Backers of coding are a Who’s Who of Silicon Valley firms and donors who see the necessity of coding and computer science being part of the required curriculum in U.S. schools as it has in over 15 European nations and Israel (see here and here). The United Kingdom, for example, tossed out its previous curriculum on ICT and introduced computer science and coding in 2012 (see here,here,and here). As in the U.S., the rationale for such reforms go beyond the smell of vested interest insofar as hiring skilled software developers and programmers. Recently, the reasons for such changes have broadened. As one advocate put it: “Learning how to code allows kids to do their own thing, be creative and secure a job in an area where there will be a huge shortage.”

Like a century ago, the “new” vocationalism with its emphasis on skills for an information-driven society has become the primary purpose for tax-supported schooling.

The picture I have sketched out of growing support for a “new” vocational education is well documented, but when it comes to classroom implementation, old, familiar difficulties come to the surface raising questions about the reform taking hold. I take up the historic issue of putting curricular reforms into practice in Part 2. 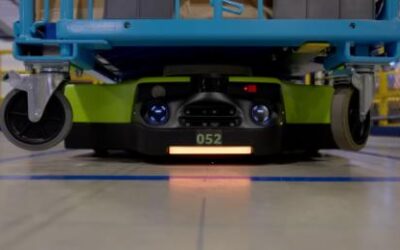 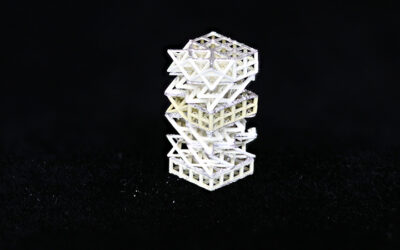 A team of UCLA engineers and their colleagues have developed a new design strategy and 3D printing technique to build... 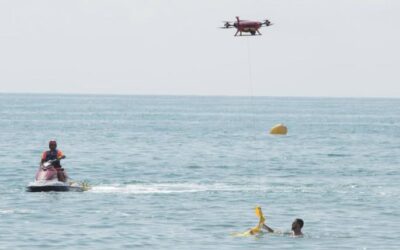 A lifeguard drone saved the life of a 14-year-old caught in a powerful tide off a beach in Valencia, Spain, moments...